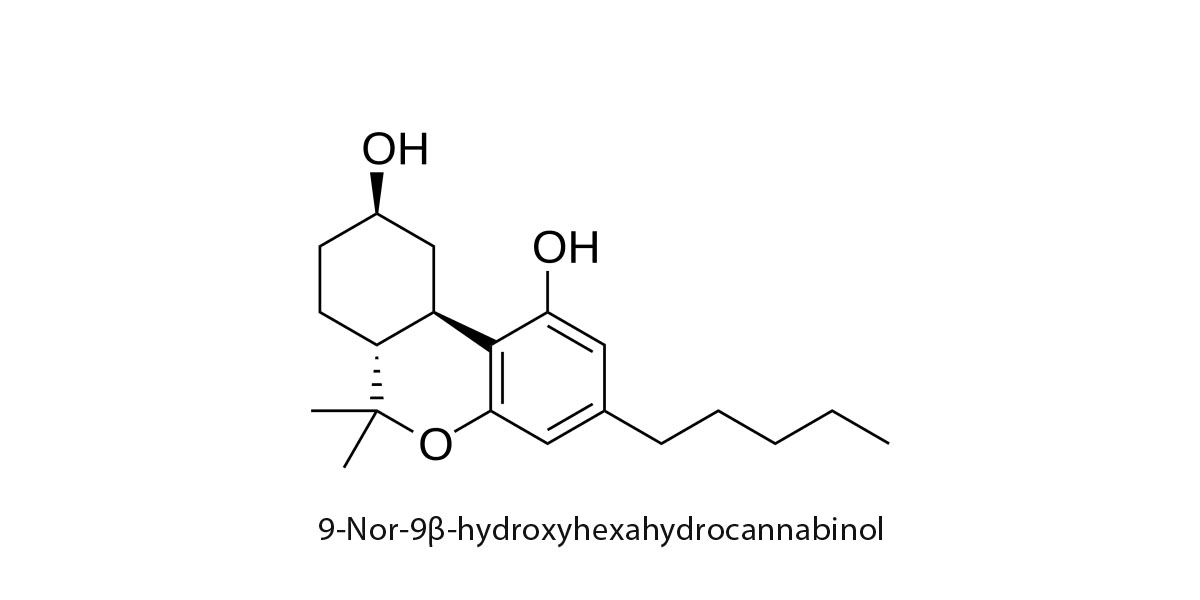 If you’ve been listening to the latest news in the world of marijuana, you may have heard about a “miracle substance” that can get you high like Delta-8 THC, while still being completely legal and is even rumored not to show up on drug tests. This “miracle substance” is called HHC, and you probably have tons of questions about it. Luckily for you, we have all the answers to all your questions right here!

First: What Is HHC?

Hexahydro Cannabinol, or HHC for short, is a derivative of cannabis that has been turning heads recently this year and is becoming a bigger footprint on the weed market. There’s a lot of confusion surrounding HHC, so learning the basics of it may help you understand what it is and what all the hype is about.

While only recently available on the market, HHC was first synthesized in 1944 by American chemist, Roger Adams, who added hydrogen atoms to a sample of Delta-8 and distilled it into HHC. The process of making HHC is pretty chemically complicated, so we won’t bore you with the fine details about electrons and atoms. Do know this: HHC is almost surely synthetic, no matter where you’re buying it from. There’s some debate about whether or not it appears naturally in the cannabis plant, but pretty much all HHC products you buy are synthetically-made.

Lab-grown products aren’t inherently bad, though. If you smoke to feel closer to Mother Earth, then HHC might not be your style, but for those of us who simply enjoy a good product, it’s great. Since it’s lab-produced, and that production process requires a lot of precision, it’s a safe product to use. There aren’t a lot of cannabis by-products in it, which means it’s pretty pure and low-risk.

Because it is derived from a lower-THC cannabis plant (aka hemp) HHC smokes very smoothly and doesn’t get the user super stoned. The mild effect produced by smoking HHC makes it an attractive alternative to those who aren’t as comfortable with high highs. This makes it a beginner-friendly product, as well as one good for people who are prone to paranoia, anxiety, or simply have a low tolerance.

Another benefit of HHC is that it is so safe to use. As previously mentioned, it’s lab-produced, so it’s pretty safe. The low THC content also means you’re less likely to get too high and feel sick.

So far, there isn’t any solid evidence to prove that HHC won’t show up on a drug test (sorry!). However, there is some anecdotal evidence to suggest that, because of its low THC content, HHC won’t show up on a drug test. Take every personal story you hear about this product with a grain of salt--it’s super new, so we’re all still learning about what it can and can’t/does and doesn’t do. If you have an upcoming drug test, feel free to smoke some HHC and let us know what happens (or, play it safe, and wait till after. Totally your call).

Since HHC is pretty new, we’re still learning what it feels like to consume it. Of course, it has a lower THC content than regular weed, so you’ll experience less of a high. Other than that, you’ll probably notice most of the usual side effects, such as:

Most of these side effects will simply feel less intense since HHC isn’t as strong as regular weed. Most people report a calm, content feeling--it’s more relaxing than it is stimulating.

The Legality of HHC

Stoners sometimes don’t care much about the legality of their product--to each their own. But, since HHC is a new product, we figured it’s best to go over the legality of it with you.

HHC is actually legal on a federal level as long as it’s derived from the hemp plant (aka, extracted from the plant itself). However, it may not be legal in every state--laws are tricky and wording is everything. Be sure to look up your own state laws to avoid getting in trouble.

That being said, HHC might be legal in your state while THC-based products are not. To avoid the hassle of trying to explain yourself to law enforcement (who may not know any better), be safe and smart about how, when, and where you’re consuming HHC. That’ll make everyone’s lives easier, especially yours.

HHC and Delta-8 are pretty similar in the sense that they’re both made in a lab, and both less strong than regular weed. However, HHC has a longer shelf life than Delta-8, which is good if you’re a slow consumer or don’t smoke very often.

Both HHC and Delta-8 can be used to reduce chronic pain, alleviate nausea, and relax you. People do report that HHC is stronger, so if you’re looking for a milder high, then Delta-8 is your product. Both are great products with very similar positive qualities, however, HHC is like an amped-up version of Delta-8.

How to Consume HHC

Like all other weed products, HHC can be consumed in a variety of ways. You can vape it or use it in edibles, however, you can’t exactly roll a blunt and smoke it, since HHC is synthetic. However, with cart vaping becoming increasingly popular, it’s fairly easy to get your hands on an HHC cart. You can also make your own edibles or buy pre-made HHC gummies--depends on how much time you want to spend in the kitchen!

HHC is a pretty new product in the weed industry, so we’re still learning about it, just like you. Don’t worry, though—we’ll be keeping our eye on HHC and all the new ways to use it, so you can stay up to date with the latest info about this awesome new product. Stay safe, stay happy, and stay toasty! 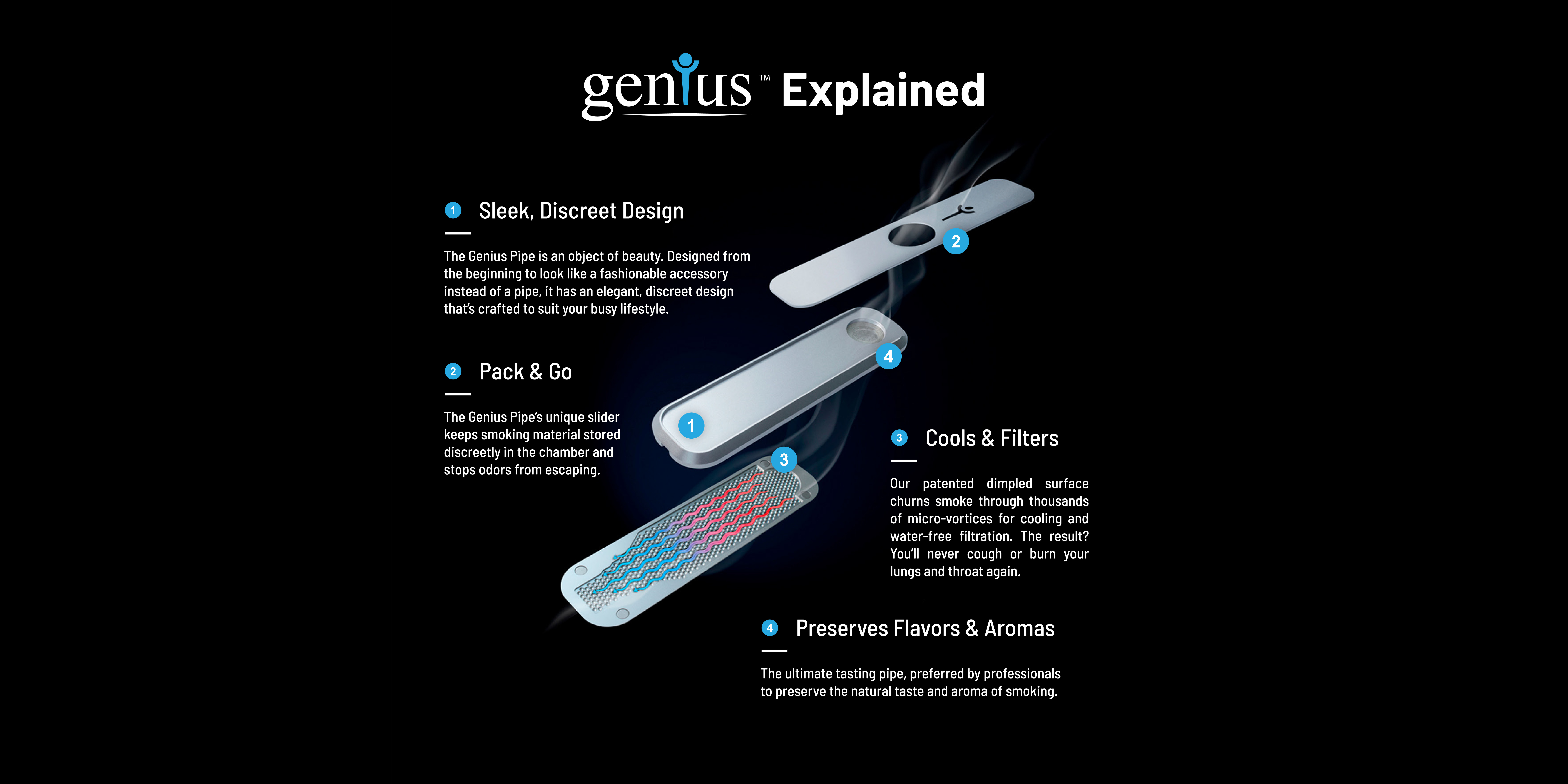 Why Is Genius The Ultimate Smoking Pipe?

Genius Pipe Smoked On Sex In The City Reboot "And Just Like That".

Viewers noticed an unusual cannabis device being smoked in episodes one and two of the new HBOMax Series, “And Just Like That,” but most had no idea what the mystery...